How about a non UK story but a little closer to home than usual.

The LÈ Samuel Becket is the first of the two Samuel Beckett Class Offshore Patrol Vessels to be commissioned by the Irish Naval Service.

Designed by STX Canada they have been built by Babcock Marine in Appledore, Devon and the Samuel Beccket has now entered service following completion of sea trials.

LÈ Samuel Becket will be operational with immediate effect undertaking a range of duties including fishery protection, search and rescue, anti-pollution and maritime security duties, including vessel boardings. To conduct these operations a crew of 44, plus ten trainee berths, are accommodated to high comfort and habitability standards.

The approx 90 metre, 2256 tonne OPV has autonomous engine rooms and is capable of a top speed of 23 knots, and a range of 6,000 nautical miles at its cruise speed of 15 knots on a single engine. The propulsion system utilises a diesel electric drive system providing a loiter function of up to 6 knots. A comprehensive command, control and communications package is coupled to the main weapon; a 76mm gun, as well as two 20mm cannons and four general purpose machine guns.

The vessel is also equipped with configurable, serviced mission modules, with deck space to operate mission specific equipment, and to act as a mother ship for two fully independent fast pursuit Rigid Hulled Inflatable Boats (RIBs). It is designed to provide an operational capability for many years of service in the North Atlantic, its main area of operation.

The cost of the pair, 108 million Euros.

From model to build to float out to service 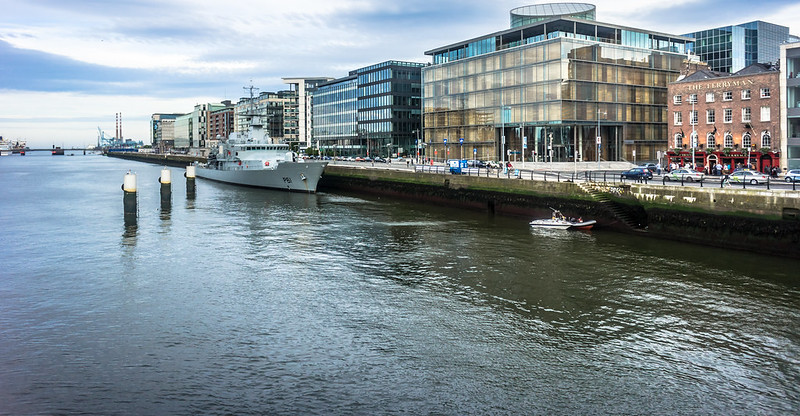 Finally, a quartet of videos