Sometimes when you write posts you get lucky and cover a story just before it gets covered by everyone else. Equally, the other stories published by everyone else touch on an aspect previously covered on Think Defence. The recent post on UK personnel arriving in Mali as part of security mission there was one of those occasions.

The press release from the MoD and BAE announced the Release to Service of the two former TNT BAE 146 regional transport aircraft to 32 (The Royal) Squadron, RAF, after being modified by Hawker Beechcraft Services in Broughton under contract from BAE Systems in Prestwick under a £15.5 million deal.

The contract was announced in January 2012

The Flight Global article described how only five of the aircraft specified in the contract notice were available, two of them with TNT Airways, seen then as the most likely supplier; they had finished leasing them to the French Axis Airways. 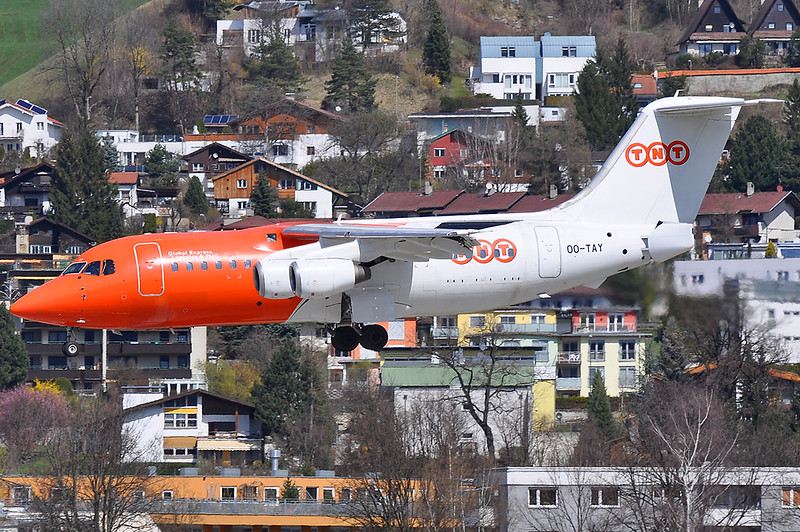 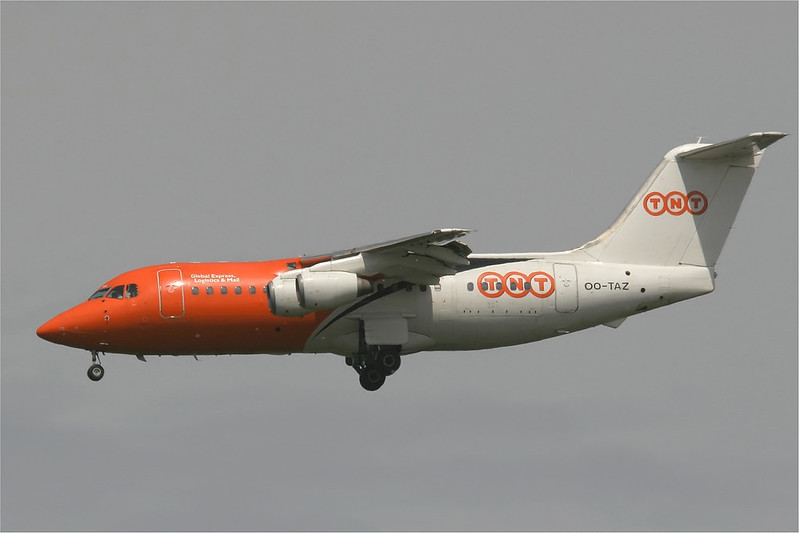 The 146 is actually an impressive aircraft and still in widespread service, including with the RAF.

An earlier version even progressed to a demonstrator stage, later sold to a civilian operator in Australia.

The BAE 146-200QC aircraft is the QC variant, or Quick Change (or Quiet Conversion depending on who you talk to)

this means they had a cargo door and cargo floor system in addition to windows which means they can be used in either the passenger or cargo role, providing exactly the kind of flexibility needed.

Pallets can be either for cargo or palletised seating which means the entire cargo floor can be used in a mixed configuration, either 94 seats with galley and toilets, 6 pallets or a mix of the two to a maximum cargo payload of just over 10 tonnes.

The C3’s will also be able to operate with a newly designed palletised Bergen container from VRR in the Netherlands. I wrote about VRR in an old post on pallets and containers, click here and here.

These forklift-able palletised cargo containers will allow the 54 personnel seated on palletised seating to self-load their Bergens and other baggage, it being carried on the same deck.

The cargo pallet (88” x 108”) is a mechanically fastened type. The strength is achieved through an aluminium stringer-based core to which both top and bottom sheets are attached with rivets. This construction will ensure enough rigidity to facilitate the pallet being lifted with a forklift when loaded to the load limit.

The transition pallet (108”x 61.72”) fills the gap between the last seat pallet and the first Modified Cargo Pallet with Baggage Stowage Provisions. In this pallet several inserts are placed to facilitate easy connection to the stowage container. Its forward edge interfaces with the aft edge of the existing seat pallets. The aft edge of this pallet is positioned at the aft end of cargo compartment D.

Photo luminescent emergency escape path marking strips are placed along the pallet, outlining the edges of the aisle. The pallets’ surface is covered with anti-skid tape on the aisle, to prevent a slip hazard.

The baggage containers are placed on both the cargo pallets and the transition pallet (two per pallet). The aluminium constructed stowages are placed on the LH and RH side of the pallet, creating an aisle in the middle. The boxes – equipped with D rings in the interior – are mounted on the pallet.

In addition to a new paint job the aircraft have been modified to include appropriate military communications equipment (HF, UHF and SATCOM), Raytheon Successor Identification Friend or Foe (SIFF), an armoured flight deck, fuel tank inerting, upgrades to the air conditioning and significantly, a full Defensive Aids System or DAS to Theatre Entry Specification.

The DAS fit comprises a Directional Infrared Countermeasures (DIRCM) turret under the nose and tail and countermeasure flare launchers similar, one would assume, to those found on the other pair of 146’s in service with the RAF, the CC2’s

The Deployed Operating Base in Bahrain will be the engineering hub for the 146 C Mk3’s with one aircraft based at Bahrain and Kandahar respectively.

The BAE 146 is a rugged and flexible aircraft, quiet with a good short field performance and low noise level designed for small regional airports and decent range for the class.

With credit to the Aviation Anorak, this is my favourite image of the 146, in Libya.

They have been obtained under the Urgent Operational Requirement process so whether they remain in service post Afghanistan is open to question, it would be nice to think they would be retained.

The is a sensible and low cost purchase of an aircraft already in service and one that will provide a useful boost in the Afghanistan drawdown period.

I do hope they remain in service, the mixed cargo/passenger flexibility afforded by the palletised configuration stands in stark contrast to the passenger only offering of the several billion pounds worth of FSTA Voyagers.